I read Odd and the Frost Giants yesterday as a break from labouring on The Woodsman. Something I could fall into for an hour in order to think about something else; no real intention to review it. Reviewing Neil’s work is hard because I am quite clearly and obviously a big fan. No matter how many times I point out that I actually think Stardust – although enjoyable – is quite a weak novel technically speaking, or that much of his poetry simply falls short of his fiction, people rightly view me as biased.

But the problem is I do like to talk about his work.

Odd and the Frost Giants tells the tale of a Viking boy called Odd. Odd has had a hard time of it growing up: father dies at sea, mother remarries a bad tempered oaf and he accidentally shatters his own leg trying to use his dad’s axe.

One winter, after the snow has stretched on far too long Odd escapes his obnoxious step family by retreating into the forest to his father’s old cabin. On his journey he meets a bear, a fox and an eagle; creatures with a story that sends Odd farther than he ever imagined.

A journey to Asgard, the land of the gods, and an appointment with some frost giants.

It’s easy to forget just how clever Neil Gaiman is. Beneath the charm, the floppy hair, the disarming smile and the aura of eccentric dishevelment wrapped in a leather jacket it’s easy to overlook that there are some serious smarts lurking beneath the curls.

Odd and the Frost Giants is a beautifully crafted example of this. On the face of it you have an obvious, unashamed, recycling of Norse mythology into the form of a longish short story. Fun, entertaining but not too much going on.

This is a mistake.

Delving a little deeper you’ll find a whole host of cleverly blended mythology, history and fairy story, sprinkled with narrative echoes of Milne – intentional or not – and finished off with a healthy swig of humour. Imparted in the story – transmitted if you like – is a deep love of Norse mythology along with – hopefully – enough nuggets of knowledge to encourage children to pick up more books. To find out if bits of the story are true. To ask questions like “Did ice really once cover the world?” and “There were Vikings in Scotland, no way! Where did they go?”.

Told with prose that is direct, clean and crafted to let the story run with minimal interference from the author, Odd and the Frost Giants is a welcome escape for an hour whether you’re six or sixty.

And remember: all proceeds go to this. 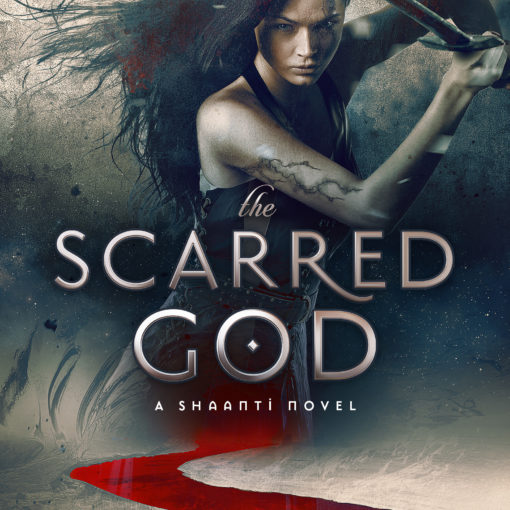 Cover reveal for my forthcoming novel, The Scarred God.

Kinda and because he asked: [youtube=http://www.youtube.com/watch?v=Js7wxoqeVK0] And because Henry Selick rocks.

For some reason last week feels like an age away, rather like looking down the wrong end of a telescope. I seem […]

Ok. Currently I’m still ploughing my way through Midnight’s Children and I haven’t been to the cinema for a while nor done […]

2 thoughts on “Review: Odd and the Frost Giants By Neil Gaiman”